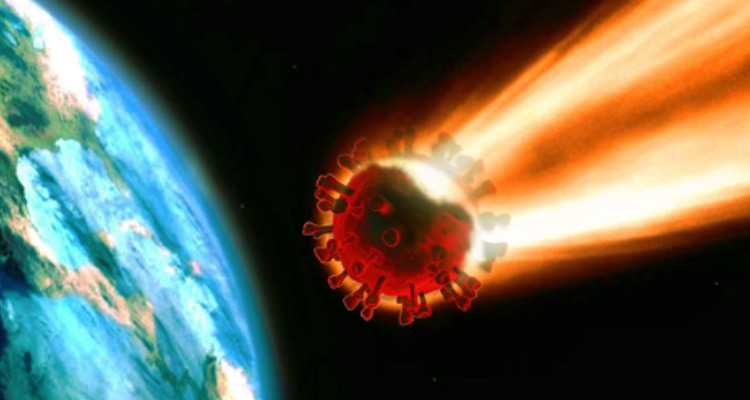 Segmentation is ‘In’ Again!

– Winston Churchill, while working to form the United Nations after WWII

“There is only one winning strategy. It is to carefully define thetarget market and direct a superior offering to that target market.”

During the depths of the global crisis, a five-year-old mobile banking software startup was struggling to gain a firm foothold in the market and was facing bankruptcy or at best a fire sale for a few million dollars. A few customers had signed up for pilot projects, generating just under $1m in annual revenues for the VC-funded company. The new CEO and their team were targeting 1400 or so banks in North America, but they still weren’t achieving liftoff. Just six months later they had discovered the formula for success, were off and running, and never looked back. How so?

After defining their target industry segment (banking) and geographical region (North America), they decided to narrow the target dramatically to a micro-segment within the industry (the top fifty retail banks). They also thought about how to tailor their mobile banking software to enable the move to branch consolidation that banks were all pursuing after narrowly averting bankruptcy in 2008. The use case they decided to enable was account holders checking their account balances, making fund transfers and eventually payments directly from their mobile device (smartphone or laptop).

The complexity they identified was that consumers were hesitant to trust that their account data would be secure and their privacy assured. At the time, there had been multiple well-documented security breaches involving data held on smartphones and laptops, so customers were hesitant to buy into the new trend. So, realizing they had to provide suitable levels of security and data privacy as part of their backend software solution, the CEO and executive team set about further tailoring their offering.

Fast-forward just over two years: The company had closed deals with over a third of the target segment of fifty banks and was generating $35m in ARR. A larger player in the same category swooped to acquire the company in a stock transaction worth at least 20 times its valuation two years earlier.

How did they achieve this rate of growth? Having noticed that their bank customers had no clue how to get account holders to adopt the new technology, causing pilot projects to fail rather than turn into significant deployments, they set about developing best practices for facilitating mass adoption by consumers and provided consulting services to the banks to help them achieve this. They wouldn’t have gained the insight on why or how to do this if they hadn’t dug deep into the segment to properly understand this problem and how to address it.

As a result of this proactive approach to enable adoption by their customers, they transformed $100k pilot projects into multi-million-dollar deployments in more than fifteen major banks, thus putting them firmly on the map as a company to be reckoned with. In the process they were fast becoming the default choice for all the remaining banks, their reward for taking the time to think carefully how to solve a painful problem in the midst of a serious economic crisis when budgets for most investments were on hold.

The company in question, Clairmail, was the subject of a case study authored by yours truly and published earlier this year (*). By now it must be obvious that the crisis I referred to above was not our current global Covid-related downturn but the global financial crisis (GFC) of a decade ago. One major economic crisis isn’t necessarily so different from another in terms of the destruction they each wreak. Customers tend to go into hiding when such a crisis hits and the strategies that worked for IT and other vendors pre-crisis suddenly become irrelevant.

One of the common casualties of strategy during good times is segmentation – when a rising tide raises all boats, the boat crews (CEOs, executives sales teams) tend to get lazy and default to focusing “everywhere”, because prospects and customers across the board tend to have budgets for new investments. But as with the GFC, so it is with the Covid emergency. While many market segments, such as travel and hospitality, are temporarily out of action as far as making new technology investments is concerned, others are flourishing.

Why Segmentation is Cool Again

At times like these it’s dangerous to look too broadly for business opportunities, instead it’s better to be very thoughtful about where to point your marketing and sales dollars. In some sectors, such as retail (commonly thought of as an industry vertical, but in truth the last stop before the consumer in myriad different industrial supply chains), the picture is quite complicated. While restaurants, fashion and other high street retailers are in crisis, grocery, fast-food, convenience store retailers, pharmacies, and food delivery services are overwhelmed by demand and are actively upgrading their offerings to serve customers in new Covid-secure ways. Now is the perfect time for a strategic rethink of which sets of customers are most likely to respond despite, or as a result of, the ongoing crisis engulfing most countries around the world.

The first principle of segmentation, especially in these circumstances, is to look at markets that are experiencing major transformation and study them to identify the incumbents vs. the insurgents, and understand which types of organization seem to be winning vs. which ones are losing as the disruptive forces continue to exert their influence.

When trying to identify motivated buyers, it’s important to keep in mind the five behaviors of the Technology Adoption Life Cycle – techies, visionaries, pragmatists, conservatives, and skeptics. Besides engaging with the ever-scarce visionaries, it’s usually best to look for the “pragmatists in acute pain” who are a more plentiful target demographic. The key here is to think not just about the other typical demographic factors such as size (the top 50), or geography, or even industry. You (generally) need to go deeper, into a sub-vertical or micro-vertical – i.e., not just financial services, but banks, and not just banks but retail banks, and not just retail banks but the largest or fastest growing (or fastest consolidating) retail banks, and consider geographical location because among other factors, banking regulations and security/privacy issues are not handled uniformly across the world.

Next, find out about dynamics – what’s changing, what new trends are afoot, such as the case of branch consolidation in the example above, or increased tele-medicine, remote working, and hybrid class teaching caused by stay-at-home orders in the pandemic, and even technology trends such as accelerated adoption of cloud solutions to enable organizations to adopt digital transformation faster than they were doing before. You need to look out for barriers to adoption and think about what it will take to overcome the resistance of less adventurous, more cautious buyers.

“If you’re going to practice segmentation, do it properly – rather than the half-hearted approach of most tech marketing and sales teams – because it’ll be worth it in the end.”

In sum, if you’re going to practice segmentation, it’s probably best to do it properly. Which generally means going deep to understand the nuances between how customers in one segment think about their problems vs. customers in what might look very much like a similar segment but in reality is different enough to make a difference between adopting now and taking time to adopt. For a simple example, take restaurants. You could be forgiven for thinking that a restaurant is a restaurant, full stop. After all, they prepare and serve food and they all need to serve their patrons efficiently.

But when you look closer, there are major differences between quick-serve franchises such as McDonald’s or Burger King, which are more like food factories with dispersed store outlets than casual dining chains such as Houston’s or Pizza Express where much of the food is prepared by chefs and their teams in medium-sized kitchens which in turn have quite different problems than one-off bistros or other boutique venues whose menus change regularly and food is custom-prepared in well-equipped kitchens. For one thing, the quick-serve restaurants have been doing roaring trade during the pandemic while the other sub-sectors of the cooked-food industry have suffered terribly.

The main lessons that we’ve observed about segmentation during such trying times are (a) the need to choose carefully and then (b) dive deep into a potential segment and specialize in addressing their critical needs full-on. Customers will handsomely reward those companies that take the trouble to understand their more critical problems and figure out how to address them effectively.

Finally, here’s a summary of some of the less obvious but often more fertile criteria to consider apart from size, industry vertical, and geography:

Sharing is caring!
PrevPreviousIf You’re Not Fixing Someone’s Leaky Pipe, What Are You in Business for?
NextB2B SaaS – Why Sales Teams Fail to Land Larger DealsNext